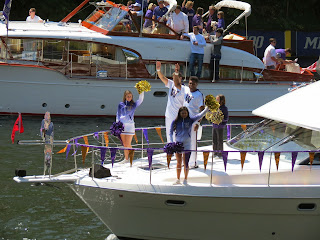 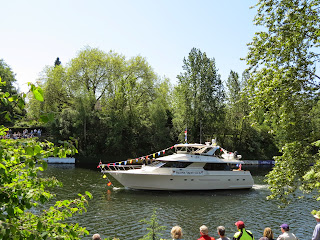 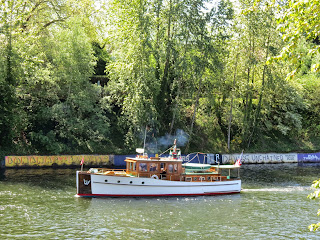 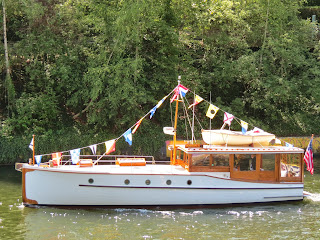 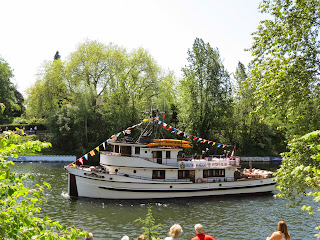 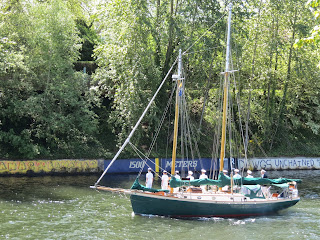 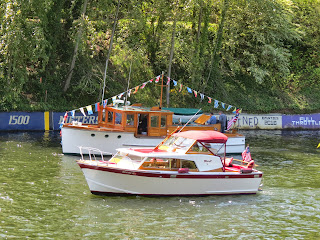 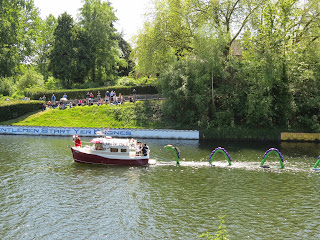 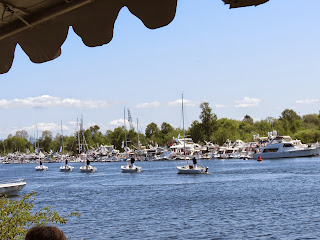 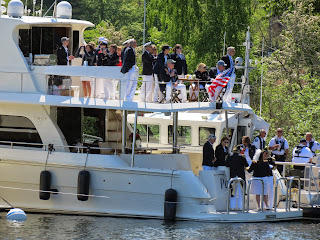 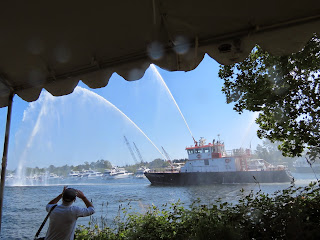 I am sure there are a lot of places around the world that celebrate Opening Boating Day but in Texas this is a bit unnecessary as every day is a boating day along the Texas Coast, unless of course a Northerner is passing through in the short winter months. Texas like a lot of Southern States has Spring Break, and I know some Northern areas have Winter Break. Even though the weather here is temperate and you can boat year round, they do have four distinct seasons and May is the Start of Spring and thus The Opening Boating Day Parade which is hosted by The Seattle Yacht Club which is located on Portage Bay and was the finish line for the Windermere Cup rowing races.
We had heard there would be 5000+ people lining the banks to see the evetn and there would also be a rowing competition called the Windermere Cup as well. At first I was reluctant to go over and get in the hassel but We left a bit early just in case the traffic got crazy. It was really pretty easy drive over to the University of Washington and there was plenty of parking on campus lots.It was a very cool walk through the campus past all their sporting venues, the Track stadium, the Soccer Stadium, The Baseball and Soft Ball stadiums and finally around the Football Stadium which is perched just above the water near Lake Washington and Montlake Cut which is a channel leading to Portage Bay, Lake Union and ultimately to Puget sound through the locks. We passed a boating like building and walked around to watch a few of the rowing teams carry there rowing shells out and spash them, jump in and row off to the start line. We walked on around and found a great place on the North Bank to sit and watch as the teams speed by. We do not know much about all this rowing but everyone else there were really charged up about it all. There was a sincere appreciation for all the teams as they rowed back down the channel after their race was over. Really a spectacular event but we just did not know much more than just to enjoy the beauty of these teams and their rowing machines speed by on such a fine day.
After the races ended is was near time for the published start time of the Boat Parade. We just happened to glance up and a Eagle was flying overhead. Then Four Blackhawk Helicopters Few over in formation. Everything got quite and whisping through the Canal was a beautiful old Canadian HMS Sailing Ship ghosting by on her huge Spinnaker. The Crew was decked out in there finest Navy Blues, Whites and Officers headgear. The next Vessel had the Band Director of The University of Washingtons Marching Band leading the band which followed on the bows of three rather large Yachts coming through abreast, right then we knew that everything that followed would be pretty amazing.
There are all kinds of rules in the case you would like to participate in the parade and there is a good chance your only hope to participate is if you are actually invited by Seattle Yacht Club. Just in case you can read the rules here: http://www.seattleyachtclub.org/Default.aspx?p=DynamicModule&pageid=286491&ssid=164134&vnf=1 I am not surprised that it may be a bit difficult to get your boat in the parade since it has been a long time tradition and there were well over 400 vessels that passed in front of us on the two hour parade. I did not count but I figured if one passed every 15 seconds and sometimes there were 3-4 passing at the same time, then in two hours we saw a minimum of 480 vessels. The crazy thing is there were hundreds and hundreds more out moored on the log boom or just out in Lake Washington for the event.
We have had a lot of fun times over the last several years either participating in or just spectating in boat parades but I am pretty sure there are none anywhere else in the world that can outdo this one.
Posted by SNOWBALL at 8:26 PM No comments: