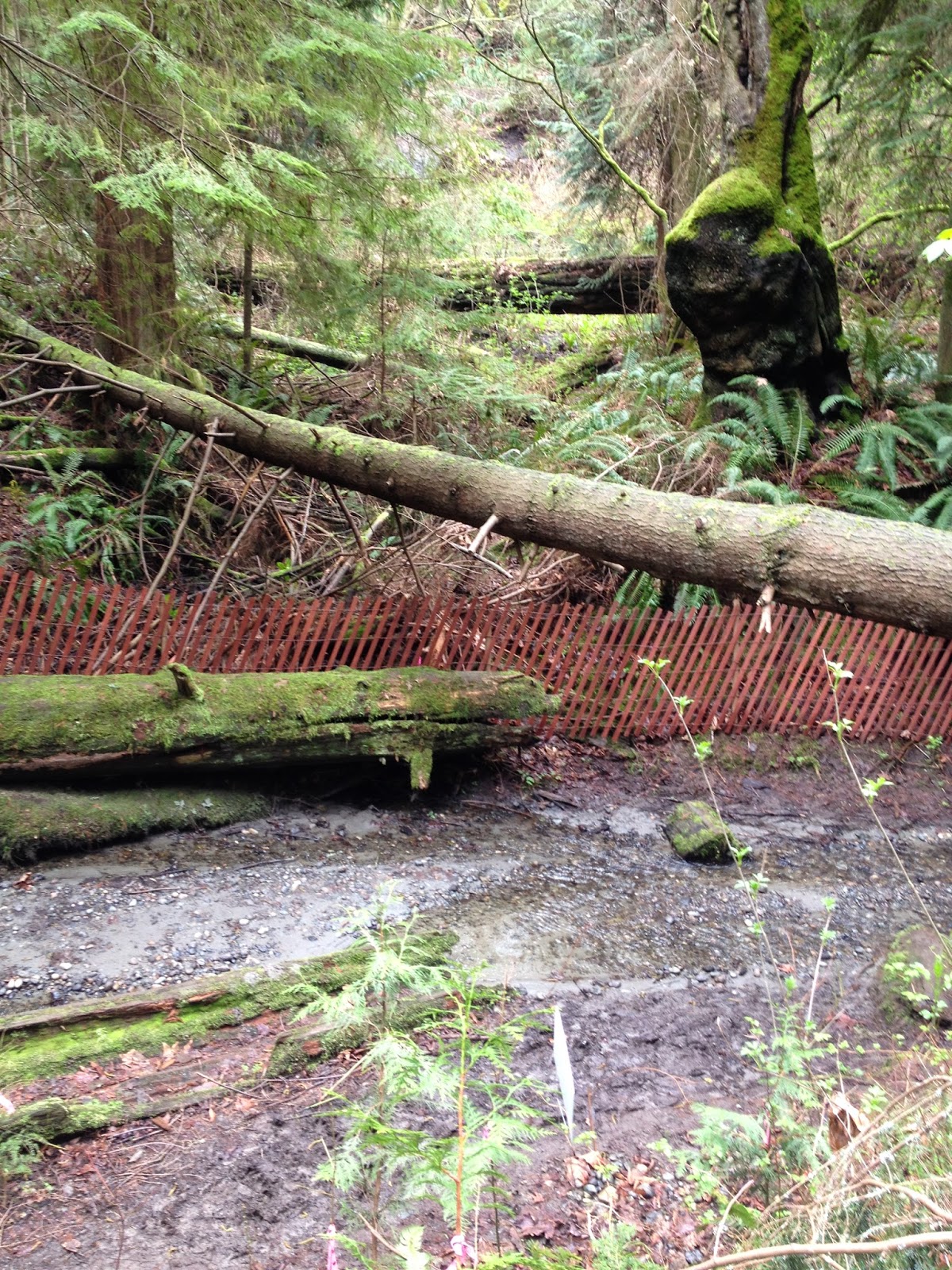 We heard about the park when we did our trip to Blake Island from the naturalist aboard the Argosy Goodtimes II. She said it was the only Old Growth forest in Seattle meaning the only area that had not been logged over the last 200 years.

"Schmitz Preserve Park is a 53 acre park on Alki Point in West Seattle... the park has remained essentially unchanged since 1908, and contains the largest old growth forest in Seattle." from http://www.seattle.gov/tour/schmitz.htm

It is amazing how just a few steps into this forest the city sounds disappear and only forest sounds remain. It is really a step back in time to the early days of Seattle when Logging was the primary industry and the pioneers formed bonds with the native indians to learn how to survive in this environment through the winters. Definitely worth the visit if you have the time.

Posted by SNOWBALL at 1:53 PM No comments: 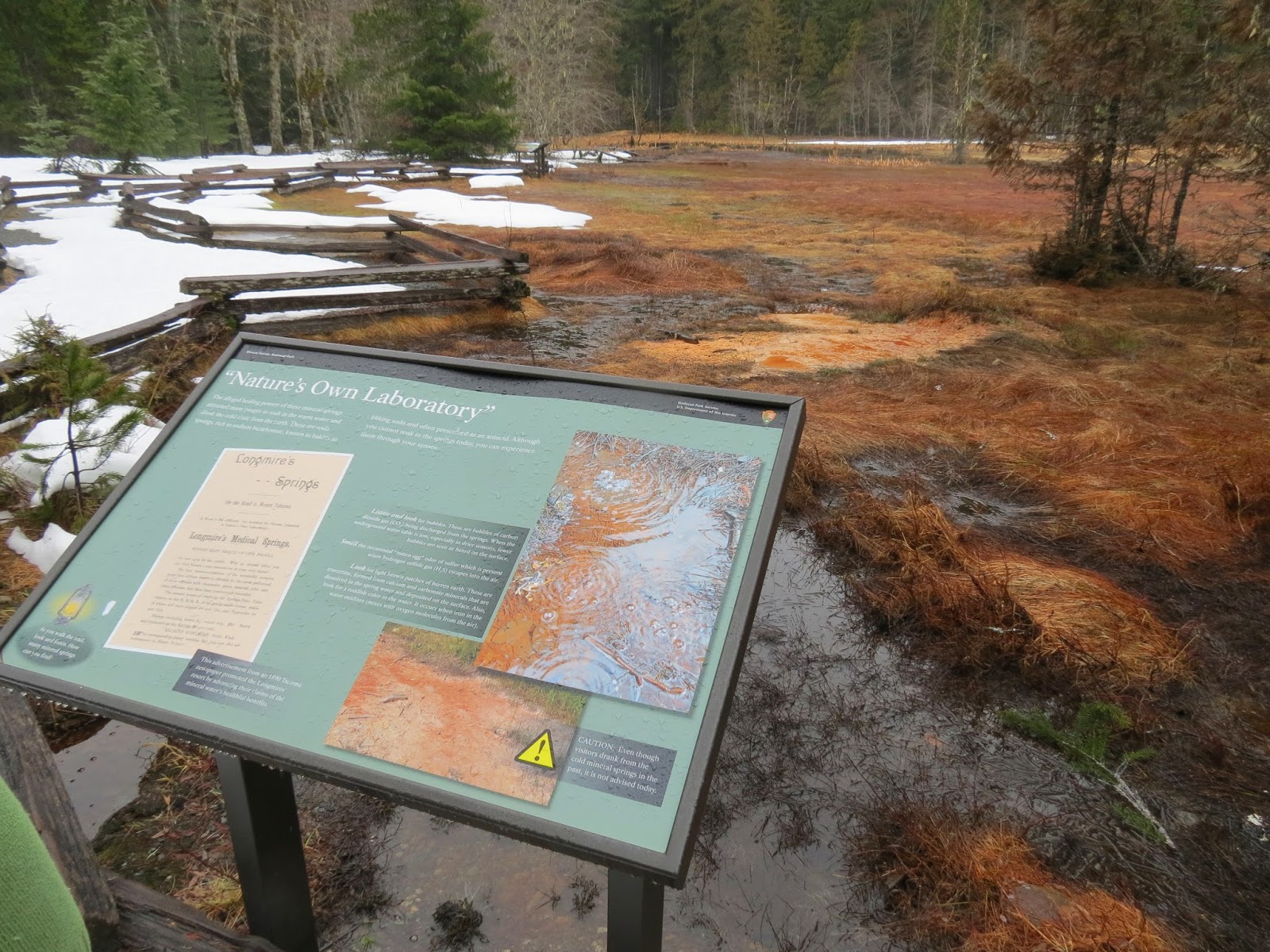 There are five active volcanoes in Washington State, all located in the Cascade Range. They are: Mount Saint Helens, Mount Adams, Mount Rainier, Glacier Peak, and Mount Baker.

From Wikipedia:
"Mount Rainier, an active volcano, is the most prominent peak in the Cascades, and it is covered by 26 named glaciers including Carbon Glacier and Emmons Glacier, the largest in the continental United States. The mountain is popular for climbing, and more than half of the park is covered by subalpine and alpine forests. Paradise on the south slope is one of the snowiest places in the world, and the Longmire visitor center is the start of the Wonderland Trail, which encircles the mountain.

Mount Rainier National Park, the fifth national park established, preserves more than 200,000 beautiful acres, including all of Mount Rainier. This 14,411-foot stratovolcano is the tallest mountain in Washington state. The park is home to a variety of ecosystems, like glaciers, meadows and forests. There are also many hiking trails with waterfalls, cliffs and natural bridges.   Most of the mountain roads into the the park are closed during the winter but you can get to Paradise which is at the 5,500' level. The Admiral considered a Snow vacation during Spring Break a couple of times as our son had been to Colorado with friends and loved snow boarding but when we compared Snow to Beach, the Sand won out every time. The Admiral and I never visited a Snowy Mountain resort as adults, we had both been a time or two with our parents as kids in Colorado so we were excited to see something outside of our environmental and cultural experience. The Admiral found yet another deal through  https://www.goldstar.com/ which sells tickets to events and tours at reduced prices in the Seattle surrounding area. The 10 hour tour includes the 2 hours each way to get to Paradise on the south slop. So we were picked up around 7:30 am and our driver and tour guide John pointed out interesting details all along the way in the event we actually try to do this by our own car which does not have traction tires or chains!. Once inside the park we made several stops along the way to take pics and take short walks down a few trails. Longmier was the first long stop to see the Natural Springs. Even though Mt. Rainier is an active volcano, the spring water bubbling up through the ground was cold, but it is known to have Healing Qualities if you feel like bathing in it.

Several Waterfalls, rivers, and the tip of a glacier we entered Snow Land and soon were at Paradise. On this trip they have free snowshoes to try out so we definitely took that one on. This is a great activity since you will not be cold hiking around with big paddle like shoes strapped on, we hiked around for about 40 minutes including getting the snow shoes on and off and we were not cold at all even with the occasional snow, rain and/or sleet coming down on us.
Every direction you look there is beauty and of course the Mountain. We could not see the peak due to the weather but we have seen it several times on clear Seattle days. It is very spiritual actually being on the mountain and standing along side trees several hundreds of years old, or a waterfall that dominates the sounds, or on a slope over thirty feet or more deep in snow pack. The power of this mountain and the way it dominates the regional environment, even by determining the weather systems, is awesome enough. Considering it is an active volcano and could one day erupt again adds a whole other dimension.
We learned about Lahars which are huge Landslides on volcanoes and how they can completely change the landscape and redirect rivers for miles around, see http://volcanoes.usgs.gov/volcanoes/mount_rainier/mount_rainier_hazard_50.html
As we were leaving the mountain and returning to a town at the base of Mt Rainer the driver explained that all the homes around us were in a Lahar Zone and could one day be wiped to oblivion. Check out the map on the link above and you can see that if you live anywhere near this area you better do your research before you buy. You do not have to live next to a mountain to appreciate it, we are living over 100 miles from it and can see the mountain great from here!

Email ThisBlogThis!Share to TwitterShare to FacebookShare to Pinterest
Labels: Our tour bus picked us up at the EMP Seattle Center
Newer Posts Older Posts Home
Subscribe to: Posts (Atom)